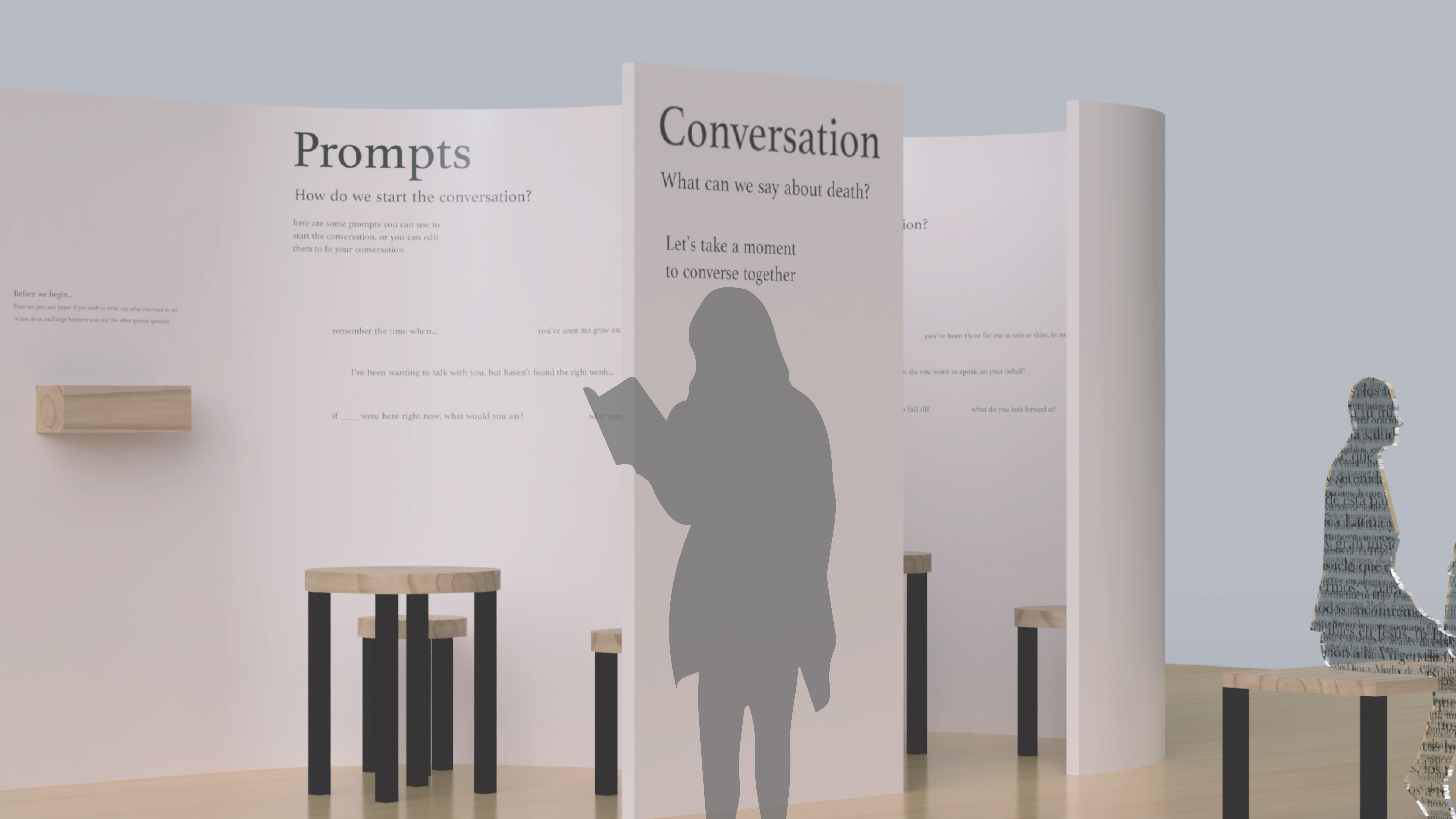 Growing up in the US, I learned that the culture here doesn’t see death. This topic is avoided and or talked around because of the fear of the unknown, emotional and physical pain, and fear of loss. The majority of people are uncomfortable with that unknown part of death. The conversation on becoming a woman I did receive, but the conversation of death I did not receive. 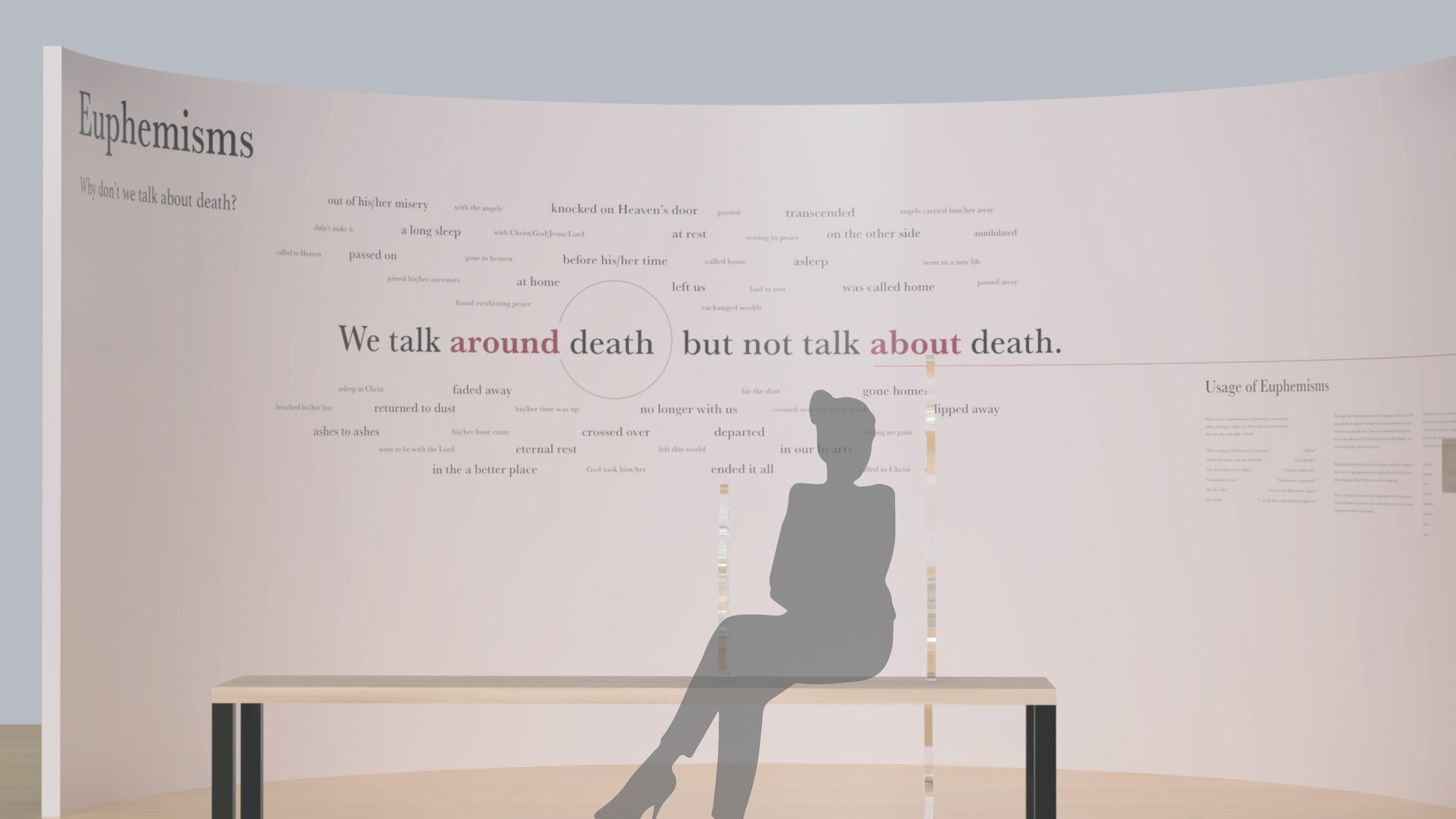 How can death be talked about when it’s a topic no one wants to engage in? 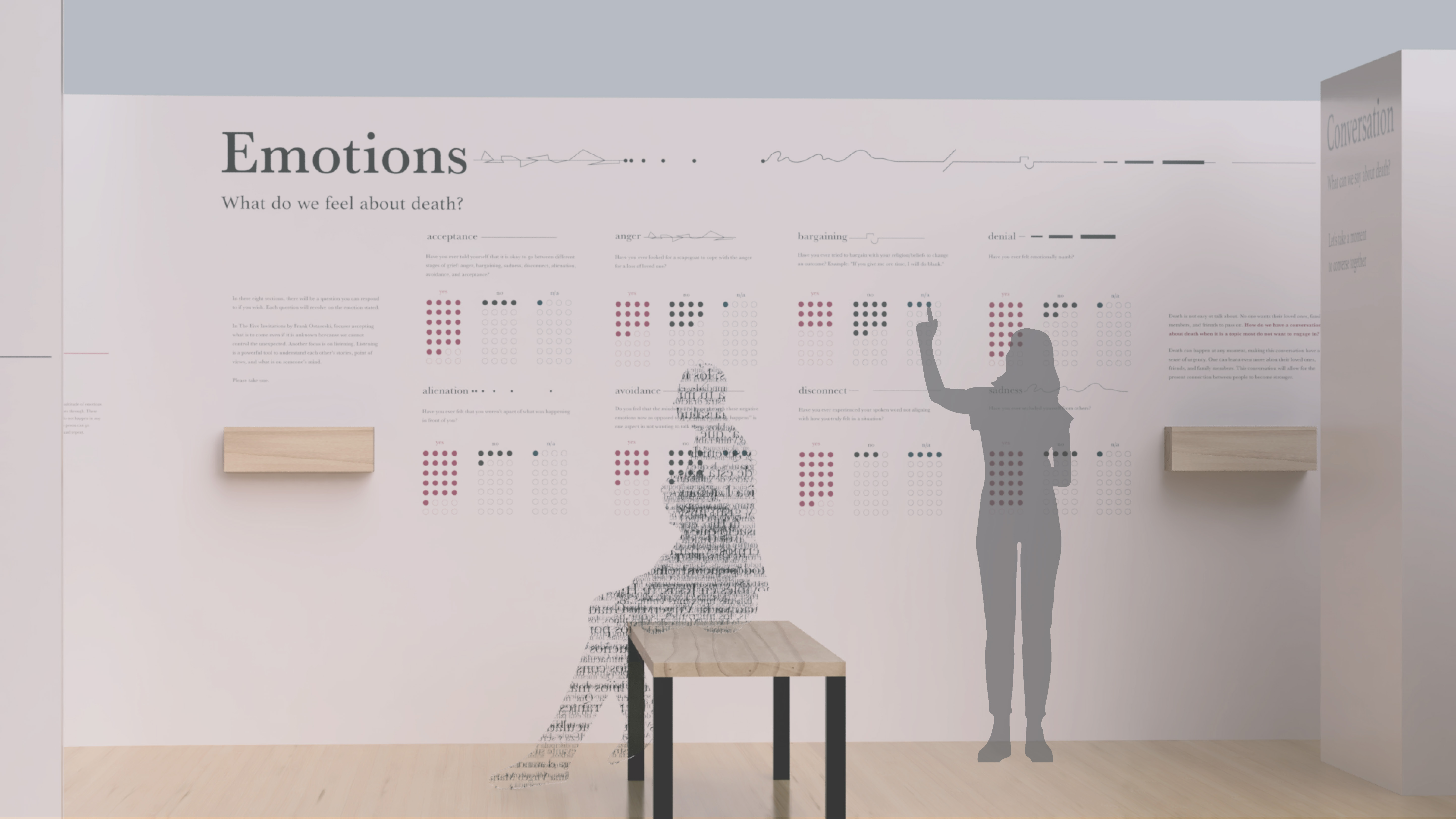 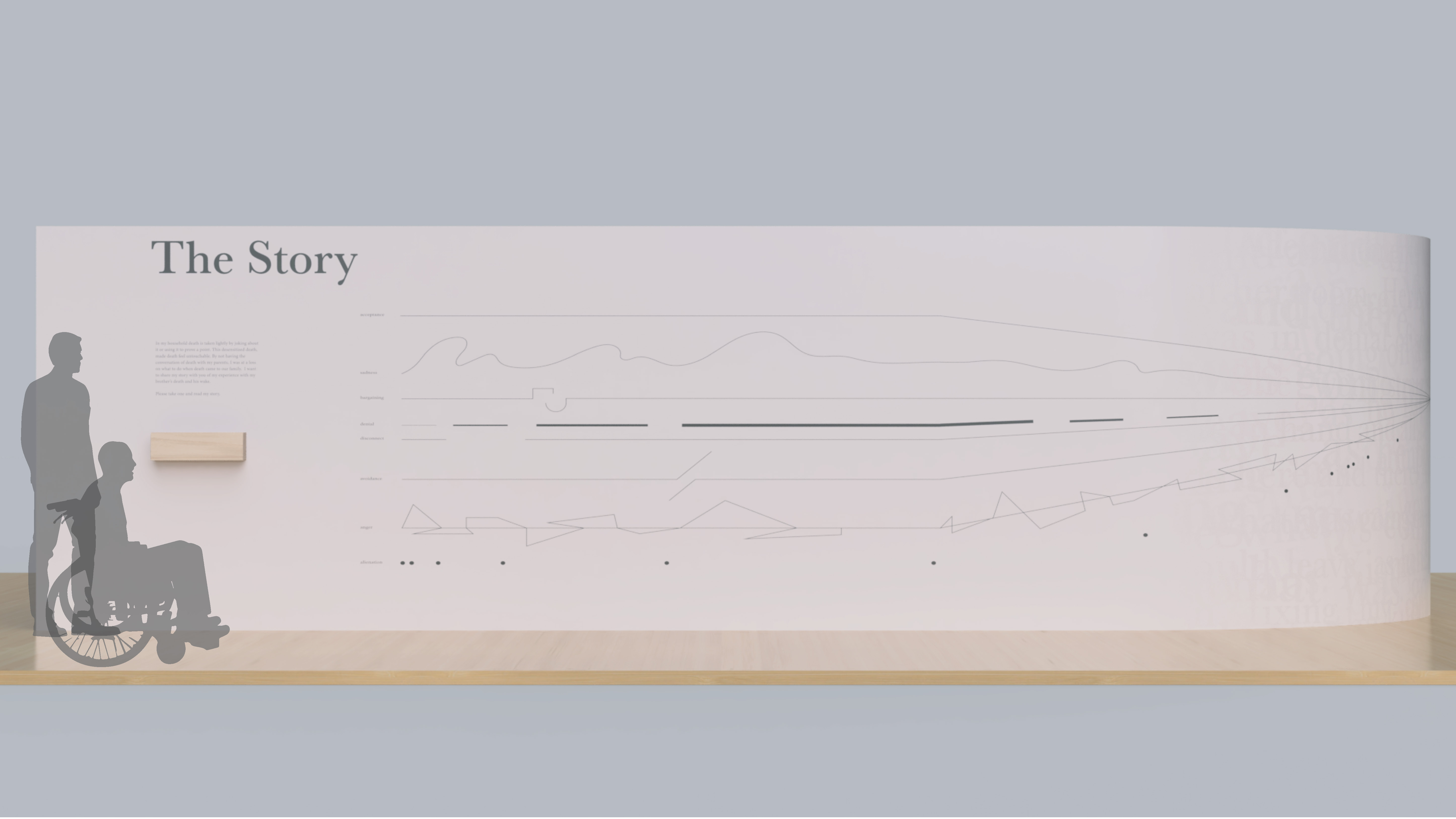 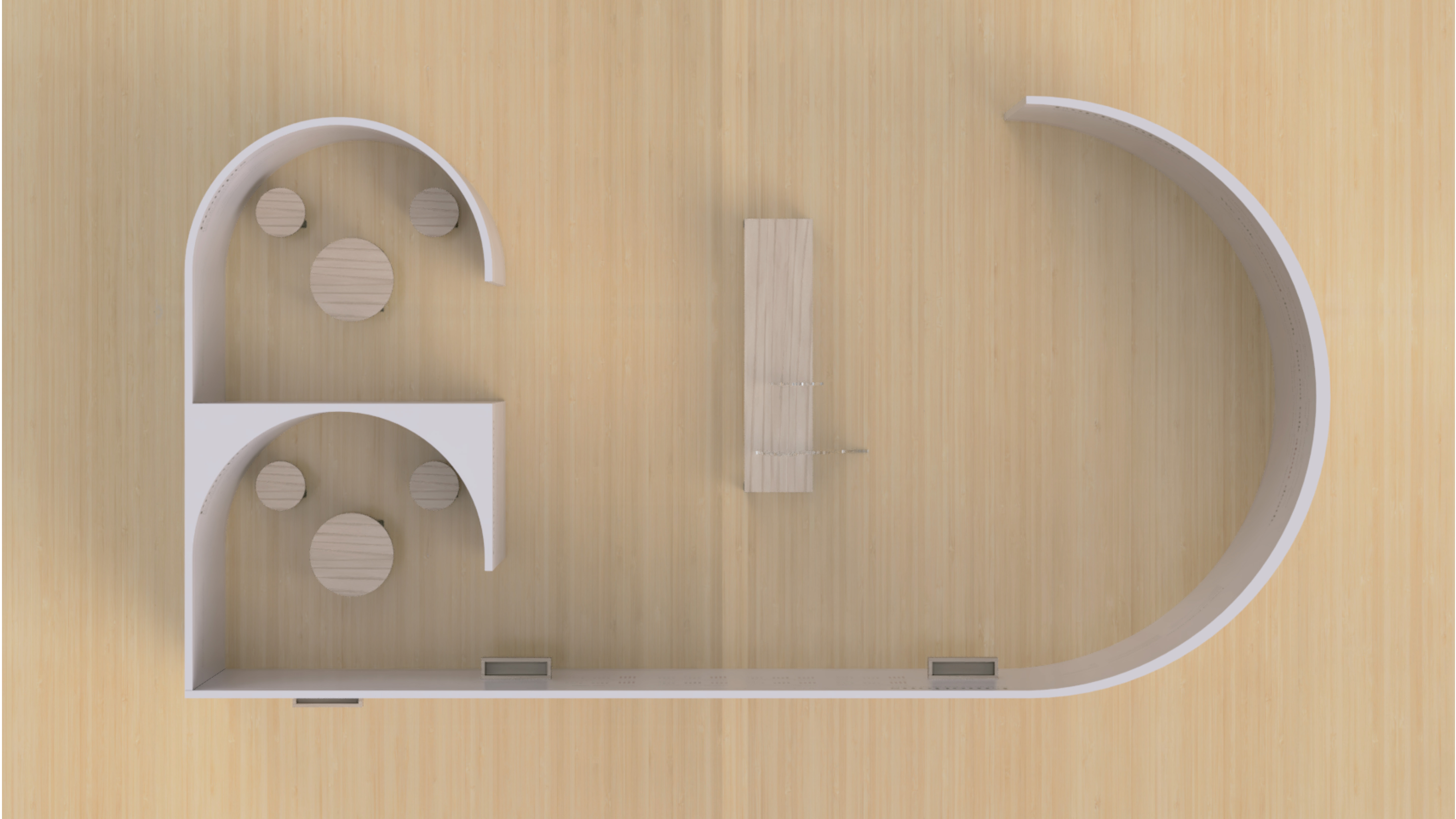 The outcome was to help families have the conversation of death, I created a book with death’s impact on my family and how it affected me. This book will be introduced to the audience through an exhibition space in which the audience can look at the euphemism and emotions we have around death. Also in this exhibition, I provided a space where the audience can have this talk with the person they came with. By having this conversation, it will create a stronger bond with one another.